What Is It Wednesday: Red-winged Blackbird

The Red-winged Blackbird is a common sight in Canada. In fact, it is considered one of the more numerous native birds in North America (see Figure 1). In Canada, these birds are one of the earlier signs of spring.

Migration occurs from mid-February to mid-May, bringing the males first. The males arrive first to claim the best territories, attempting to impress the late arriving females. Males are also the last to go once migration to the south begins in August.

Their name comes from the bright red patches on the males’ shoulders, also known as epaulettes. The females are a streaky brown and are often mistaken as large sparrows. They can be found along wet roadsides, in meadows, croplands, and wooded areas near water, but most often in wetland habitats, which are favoured for breeding. Their nests are built closer to the ground, usually attached to low-lying brush and wetland vegetation, like reed plants. Two to three broods are produced per season, resulting in 3-5 bluish-green spotted eggs laid per brood. 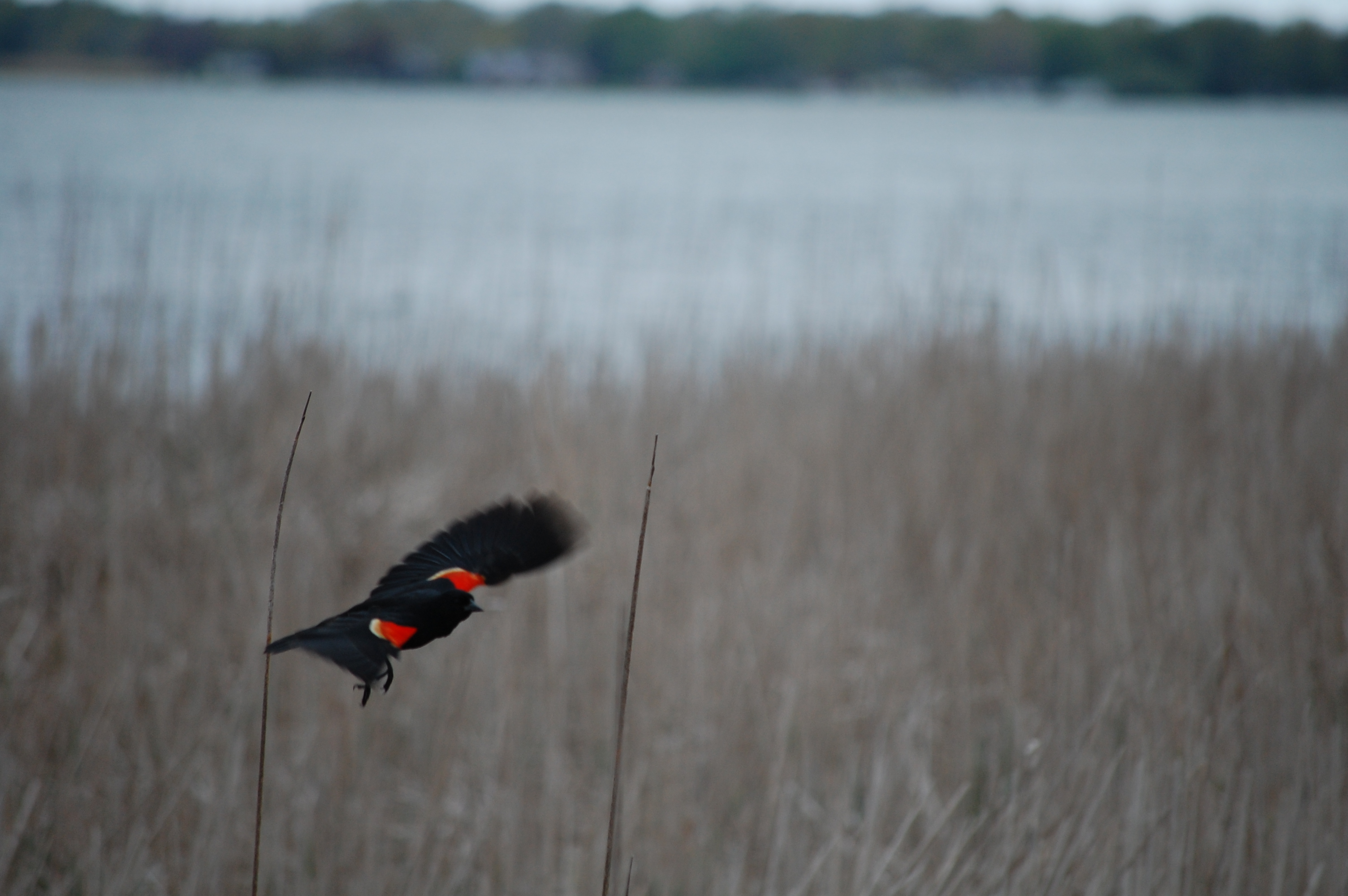 Being a polygynous species, males can have more than one female mate. In some instances, up to 15 female mates! Most of the female mates will occupy one male’s territory, of which he is a fierce defender. When the sun is out, more than 25% of the male’s time will be spent protecting his territory. He takes his job very seriously, even attacking larger animals that get too close.

The greatest threats to the Red-winged Blackbird are habitat loss from wetland development and pesticide use from agricultural practices.

Fun Fact: Red-winged Blackbirds are a “double scratch” kind of bird – a hopping technique for foraging. With each hop forward, they grab the leaf litter with their toes, and with each hop backward, release the leaf litter to expose the ground and grub beneath. To attract them to your backyard feeder, place grains and seeds on the ground, as that is the preferred place for foraging. 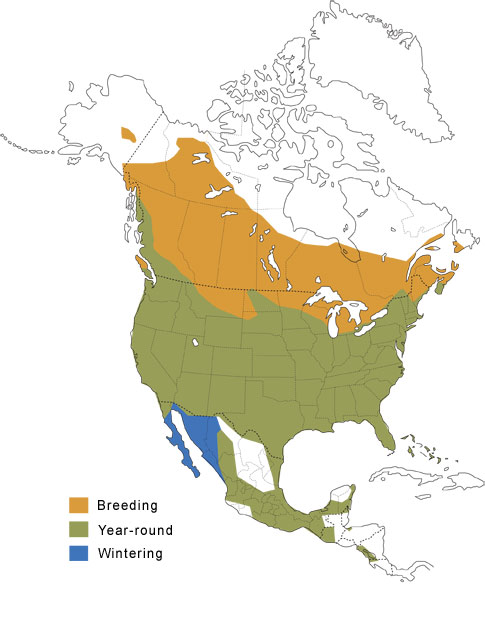