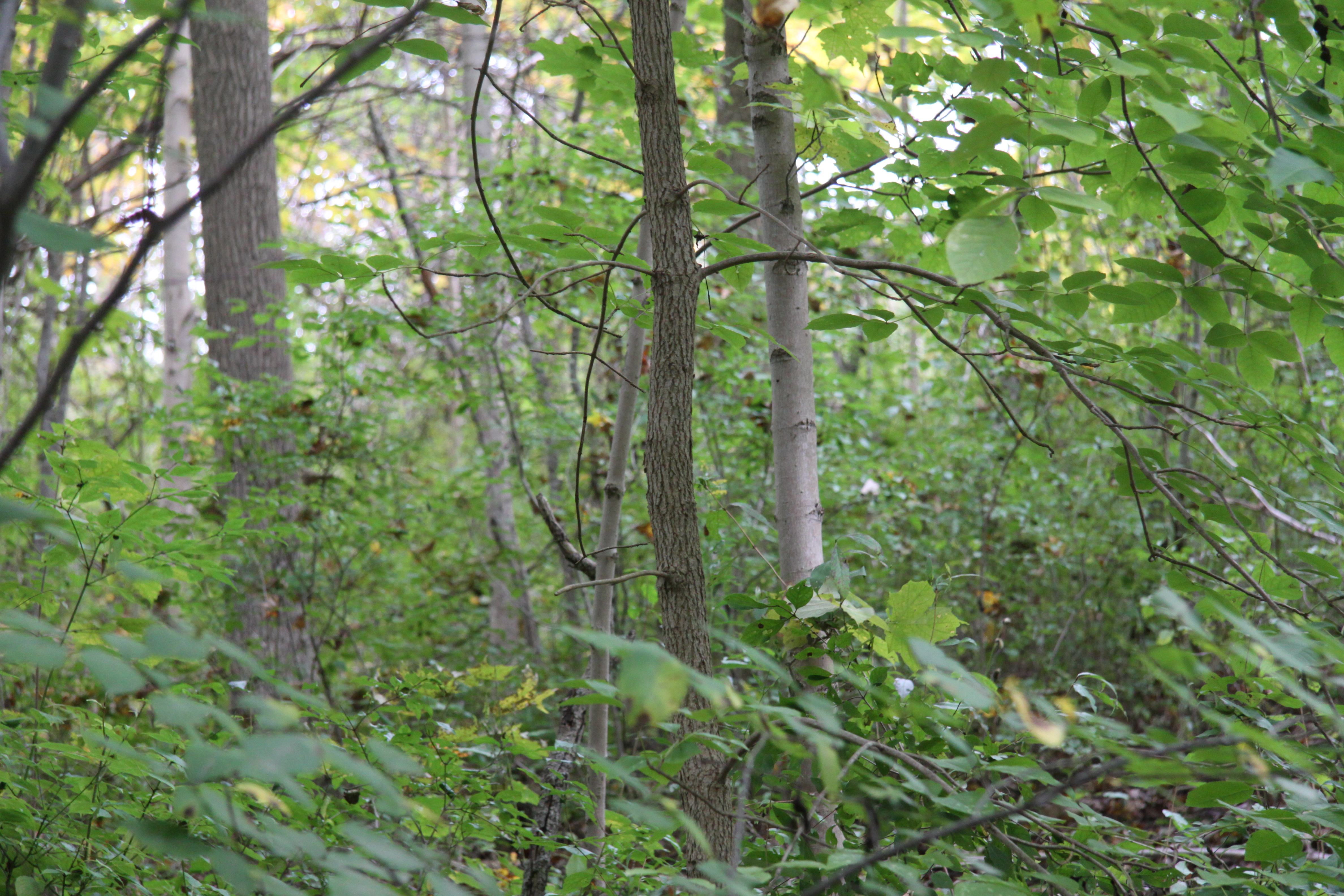 Wardsville Woods is a 20 ha (50 acre) tract of upland and ravine forest located in the Skunk's Misery Natural Area. It contains mixed-deciduous woods with mature specimens of two iconic Carolinian species, Tuliptree and Sassafras, as well as American Beech, White a Red Oak and Sugar Maple trees. A creek flows through the property to the Thames River.

Wardsville Woods is open to the public for hiking and is home to our first community wildflower garden. 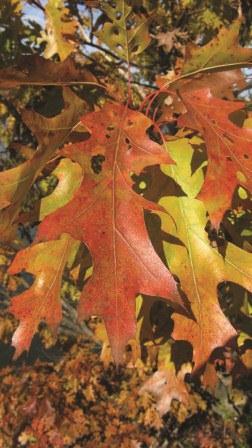 Skunk's Misery is predominantly a swamp forest with little topographic relief. Wardsville Woods is locally rare terrain in that it forms part of the only sizable ravine forest north of the Thames River floodplain.

Other ravines extending northwards from the Thames River contain little mature forest cover. While Wardsville Woods - as does all of Skunk's Misery - lies on the Bothwell Sandplain, the creek at the bottom of the ravine has eroded through the upper sand deposits to expose the underlying clay. This provides the property with a variety of soil types and drainage conditions (upland, slope, and floodplain forest).

There is an excellent understorey of spring ephemerals on the upland forest's hummock and swale microtopography.

History of the property 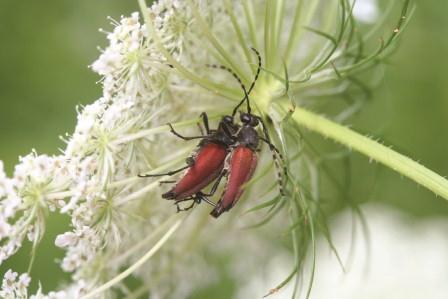 Many Irish and Scottish immigrant families who had settled in New York State in the decade prior to the War of 1812-1814 departed after the War to settle in Colonel Thomas Talbot's fledgling community along the Lake Erie shoreline in Upper Canada.

Many of these settlers soon became disillusioned by how Talbot treated them, and by their prospects on their small (50-acre) land grants. Among them was Singleton Gardiner (1774-1834), a colourful Irishman with a fiery temper.

In 1817 Gardiner had moved from Albany in New York State to Dunwich County (then part of Middlesex County, today in Elgin County) where, for a few years, he ran a tavern at the mouth of No 9 Creek (now Tyrconnell Creek) at Little Ireland (Tyrconnell) on Lake Erie.

His problems with the authorities stemmed from an apparent misunderstanding about statutory labour on the roads (required as part of his settlement duties).

Some personal possessions, including his saddle, were seized by the constable to satisfy the fine imposed on him. Although his saddle was subsequently ordered to be returned to him, Gardiner took it upon himself to "liberate" it from the constable's home in his absence, charged with larceny and brought before magistrate Mahlon Burwell (Talbot's protégée, surveyor, and general factotum). Here Gardiner's temper got the best of him and he struck Burwell.

At the next quarter sessions in April 1823, Gardiner was convicted for 3 months, ordered to pay a fine of $100 and court costs of $80, and stay in prison until the fine and costs were paid. Gardiner's shabby treatment by the authorities caused deep resentment among liberals in the settlement, and played a significant role in quashing Burwell's political aspirations in the elections of 1824. Clearly Talbot was not pleased.

After release from prison the same year, Gardiner left the Talbot settlement and acquired land along the Thames River in Mosa Township (now part of the Municipality of Southwest Middlesex), where he founded the bustling village (now "vanished") of Cashmere. Here Gardiner "poked a stick in the eye" of up-river residents by building a dam across the Thames River in order to power his grist mill and sawmill situated on the east part of Lot 28 SLR (South of Longwoods Road).

His many business enterprises flourished and he eventually owned several 100 acres of land on which the village was situated.

The dam helped a fishing industry to thrive at Cashmere (its alternative name, Suckertown, comes from the main fish harvested) but caused flooding upstream. After at least one foiled attempt to dynamite the dam, agitated neighbours finally convinced the Ontario government to destroy it in 1890.

The land was likely entirely mature deciduous forest at the time, and bought as pasture for his cattle. Over the subsequent 140 years, the flatter areas of the land were cropped, and the woodland exploited as rough pasture. The Wardsville Woods property constitutes the easterly section of Gardiner's original purchase.

Local Glencoe historian Harold Carrothers commented to club member Wayne Tingle that 'it has never been much of a farm because of its topography. It has always had a barn on it'.

Aerial photographs suggest that the barn was destroyed about the time Gerard (Gerry) Miller bought the land in 1973. Gerry Miller built the Mosa Hills Golf Club on 15 acres east of the creek in 1982. Never particularly successful, the golf course operation passed through several sets of owners, a name change to Highland Hills Golf Club, until being eventually abandoned.