Near this sign is a large Sugar Maple (Acer saccharum) an iconic species for Canada.  The spreading limbs of this tree indicate that it grew up in the open and did not have to compete with other trees for sunlight.  Look around carefully at the other trees and see how many kinds you can distinguish based on the colour, texture and patterns of the bark.  You should be able to find at least six species, ranging from the smooth white papery bark of the European Birch (Betula pubescens), (an introduced relative of the Paper Birch (B. papyrifera) of our northern woodlands) to the dark flaky bark of Black Cherry (Prunus serotina) that resembles burnt cornflakes.  Note that almost all the surrounding trees are smaller than the Sugar Maple. 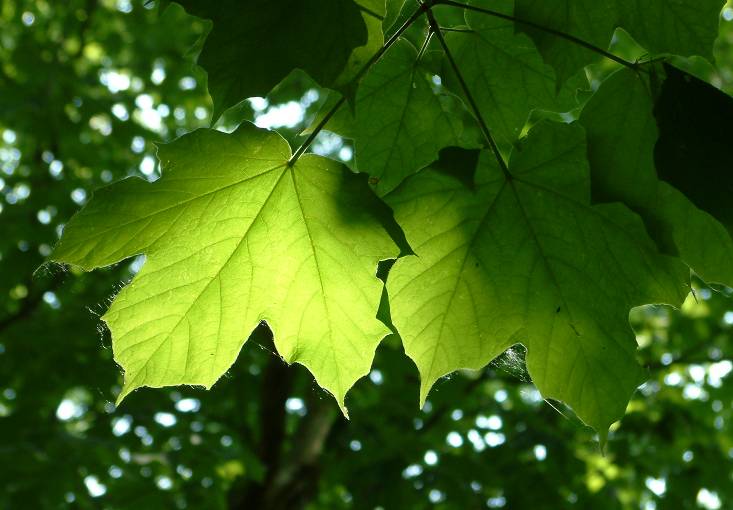 This area contains what is known as second growth forest.  The small size and species mix of the trees tell us that this is a young forest that has grown up within the lifetime of the large open grown Sugar Maple.  Many of the trees growing here are what are known as pioneer or “early successional” trees.  They are opportunists, jostling together and making a living while they can.  They germinate in open areas, in youth they require lots of light, they grow fast, and die relatively young.  During their lifetime they help create conditions that are needed by the slower growing, longer lived, shade-loving forest species. Some of these are already settling in here.  Come back to Joany’s Woods in a hundred years to celebrate the next generation!